Ensure kids go to camp for FREE this year!

The Tommy Bohanon Scholarship Fund is an opportunity for any high school senior athlete in Southwest Florida who has demonstrated leadership, volunteerism, and excellence in education while balancing athletics to receive financial aid for their academic future. 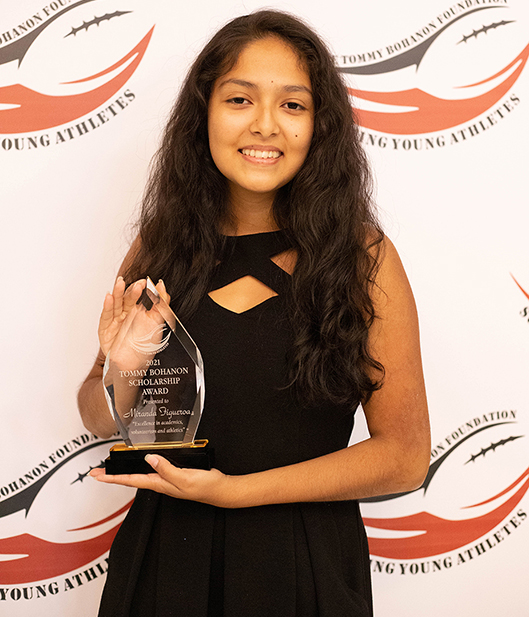 Miranda Figueroa is a senior at Oasis High School and dual enrollment student at Florida Southwestern State College. During her junior year she earned her AICE Diploma. Throughout her high school career, Miranda played volleyball on both junior varsity and varsity. Being involved in volleyball was a great way for her to develop different skills throughout her adolescence. These skills included time management, social skills as well as being able to handle adversity. During her senior year she, unfortunately, tore her ACL ending her final season early. Through this setback, she stepped up to be a leader on the team and support her teammates during every game, only proving her loyalty and strong character. The Tommy Bohanon Foundation Scholarship will help lighten the financial burden on her family. Miranda’s parents migrated to the US from Peru 20 years ago making her a first-generation college student in her family. She hopes to make her parents proud by attending Florida Southern College and majoring in accounting! Miranda is an exemplary student that the Tommy Bohanon Foundation is honored to have as one of their 2021 Scholarship Recipients. 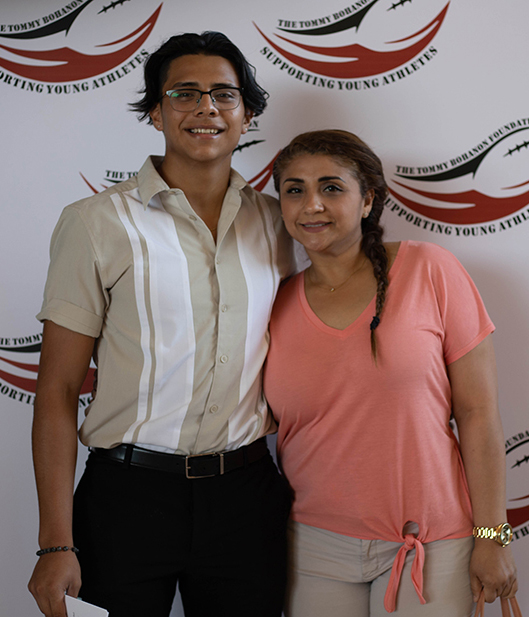 Marco Medrano is a graduate of South Fort Myers High School. Since moving here from Ecuador, only three years ago, he quickly immersed himself into high school athletics becoming involved in wrestling, cross country, as well as ROTC. During his senior year, he was named captain of his wrestling team as well as the Raider Commander in ROTC proving his strong work ethic and dedication to his team was unmatched. He also received All-Area Wrestling honors through The News-Press as well as being a finalist for the Al Oerter Award for academic and athletic excellence. While balancing athletics, Marco also excelled in his AP and Honor courses even through the challenges of learning a new language. He also helps provide for his family by having a part-time job. Due to his love of science, specifically in the health field, he was a member of the Health Occupations Students of America (HOSA) and hopes to use that knowledge and experience to excel at Florida Gulf Coast University. He will be majoring in biology and would like to fulfill his dream of becoming a doctor and serving those in his community. Earning a scholarship, such as the Tommy Bohanon Foundation Scholarship, will ensure he can focus on his studies while also staying close to home to support his mother and younger brother. Marco’s high school athletic and academic success through adversity only proves why he was selected as a recipient of the 2021 Tommy Bohanon Foundation Scholarship. 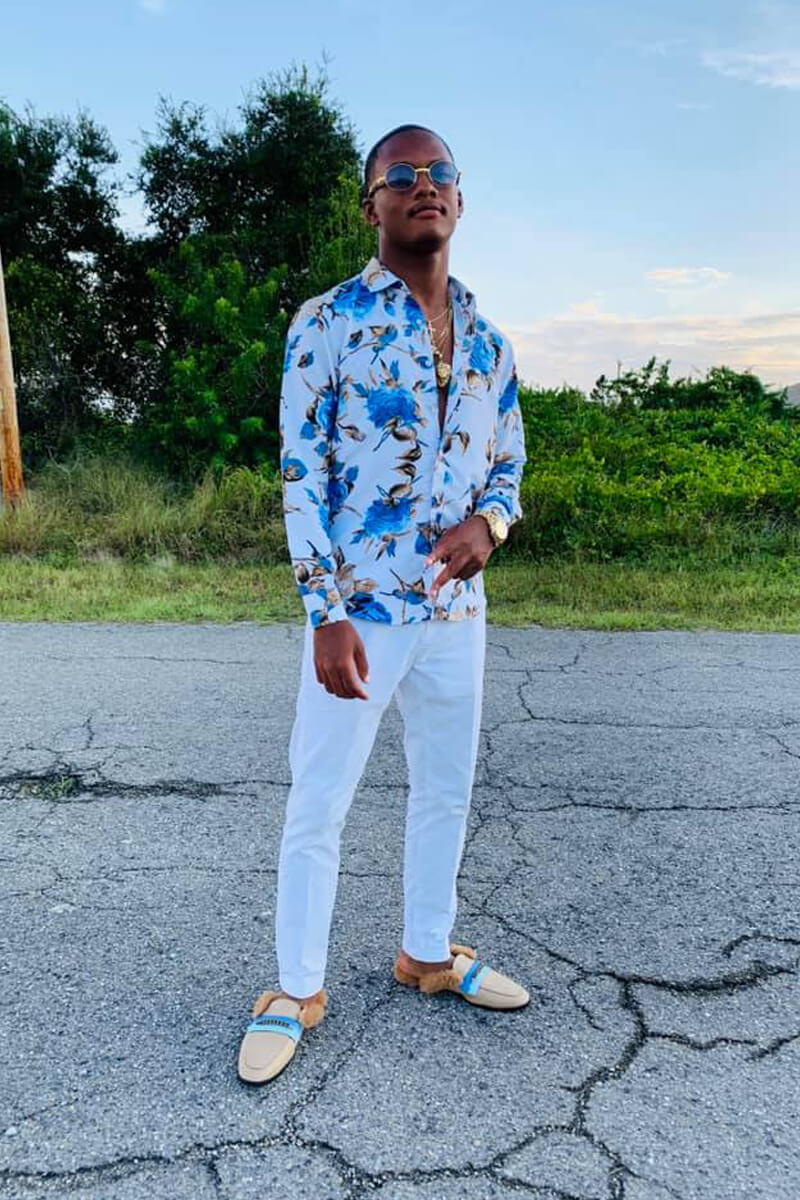 Zavion Battle graduated from Dunbar High School! He was awarded not only the Tommy Bohanon Scholarship but also an athletic scholarship to Alderson Broaddus University in West Virginia. Zavion began playing football, his “favorite extracurricular activity of all time”, since he was five years old. He has remained focused on his football career knowing if he continued to work hard, he could earn a
scholarship to college while also being able to continue his passion playing football. Zavion also dedicates his time to be a volunteer coach with the Fellowship Lions Youth Football Organization on top of his athletic, academic, and work commitments. Although Zavion was faced with an athletic injury setback that required surgery prior to his 2019 season, he worked hard to rehabilitate and recover and was able to participate in the remainder of his senior season. In January of this year he finally received a call from Alderson Broaddus University football program, who extended him an athletic scholarship. To Zavion, seeing his perseverance in not giving up on his dream to play college football has been one of his biggest accomplishments. Zavion plans to study sports management at Alderson Broaddus University with the ultimate goal to return to Lee County and become an athletic director. 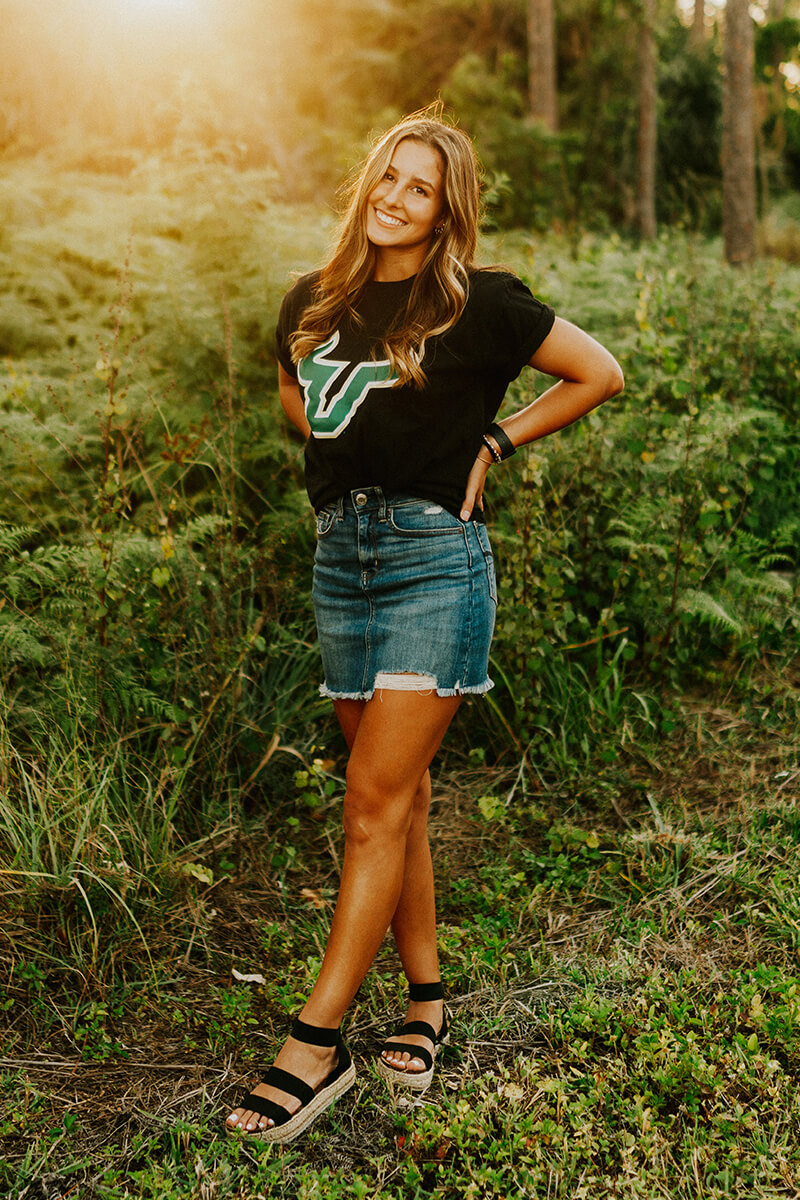 Allana Consolazio is a graduate of Fort Myers High School! She has been playing softball for about 10 years. Her freshman year at Fort
Myers High School, she made the varsity softball team. For Allana, this was a really big accomplishment for her because the team was so
competitive. That year, the Green Wave won the 2017 7A State Championship for women’s softball. Since then, the team has returned to the Final Four each year but hasn’t won another championship. In 2019, she qualified for the All State First Team. While in high school, Allana was also on the Varsity Swimming team for two years and the Varsity Weightlifting team for two years. She is a part of the International Baccalaureate program and multiple clubs and Honor Societies. This includes the National Honor Society, National Art Honor Society, National Science Honor Society, Rho Kappa, and Greenies Give Back. Outside of school, Allana also plays travel ball for the Firecrackers Gold based in Tampa. Being a part of this teams means she has to maintain honesty and integrity to do most of her practicing and workouts on her own. During the summer, she also travels throughout Florida and the U.S. to play in tournaments. Because of her athletic and academic excellence, Allana has committed to the University of South Florida. While at USF, she plans to major in Health Sciences where she will pursue a medical career and graduate school. 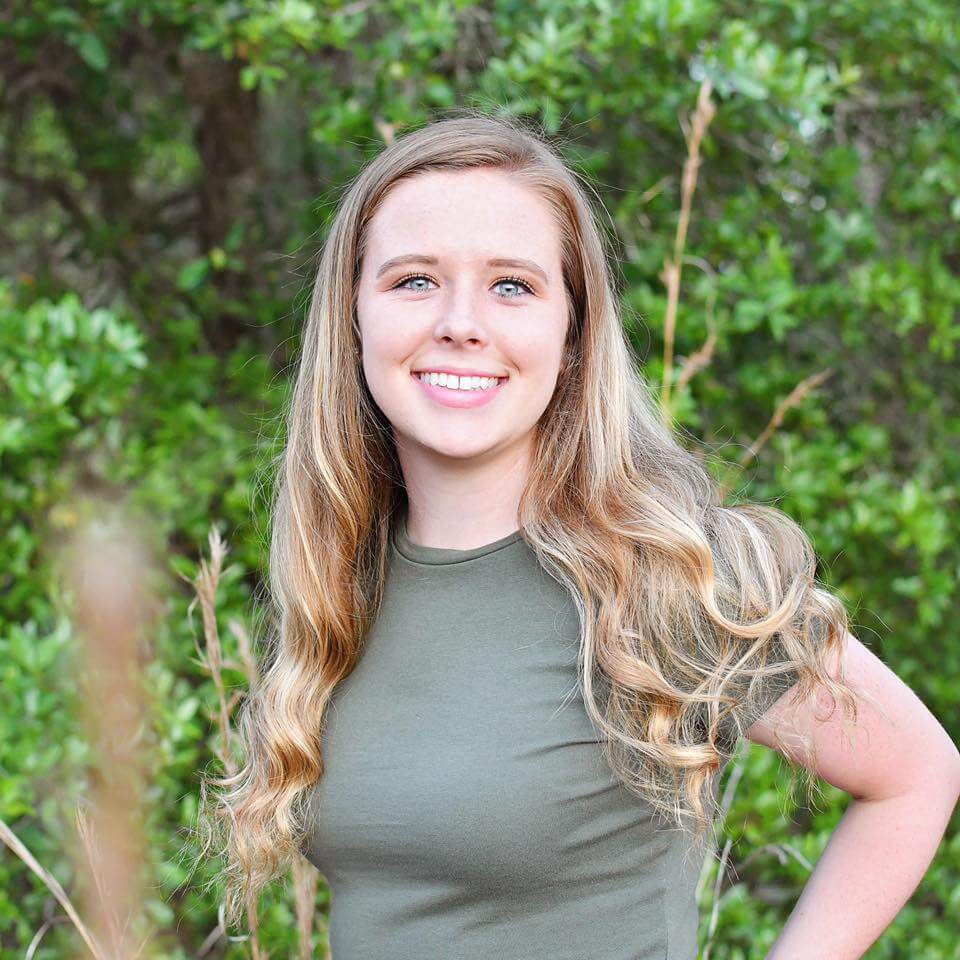 Taylor Metzger graduated Summa Cum Laude with an outstanding GPA all while balancing sports, clubs, and working! Her senior year she chose to participate in dual-enrollment at FSW where she was placed on the 2020 Dean’s List. She will be graduating with her AICE diploma and a 5.42 GPA in the top 10% of her graduating class. She is proud to be an 8-time Ben Carson Scholarship Recipient for her academic achieve-ment and community involvement. Taylor was on the board of National Honor Society too! Taylor’s athletic achievements include being a four-year player on the women’s Red Knights Varsity soccer team. She’s always had a strong passion for soccer and has also played competitively for 11 years. In the 2018 school year, Taylor was named a News Press All Area Honorable mention, following that up in 2019 with News Press All Area Second Team. Taylor is attending Florida State University to obtain a degree in exercise physiology!

Duane Heller, graduated from NFMHS in 2019 is currently attending Florida Gulf Coast University studying marine biology. Throughout his life he has been dedicated to sports, academics, and Boy Scouts of America. He started at Left Guard for NFMHS Varsity Football and helped lead his team to an outstanding 2018 season. While balancing athletics he was able to maintain a 4.78 GPA as well as receiving his AICE Diploma. Duane has been a part of Boy Scouts of America throughout his childhood and was recently awarded the rank of Eagle Scout! He also was the recipient of the FGCU President Silver Scholarship. His plans for the next chapter of his life is to use his degree in marine biology to join in the fight for clean water in SWFL ad to improve the environment by rebuilding the coral reed ecosystem. He is proud to have earned this scholarship and thankful that there are opportunities like this for young men like him.

Madison Drovdlic, graduate of Riverdale High School his currently attending Florida Atlantic University and is in their nursing program. She is passionate about several things including her Christian Faith, family, friends, volunteering, soccer as well as her academics. During her high school career she was a member of National Honor Society, a speaker for Fellowship of Christian Athletes, a part of the IB Program, received the Superintendents Award her senior year. On top of a rigorous academic schedule, Madison was the goalie for her varsity soccer team and ranked #2 in Florida for “Goalie Saves”. With these accomplishments she was accepted into Florida Atlantic University where she is continuing her passion for helping others by accomplishing her dream to become a nurse. She is very excited and proud to be a recipient of this scholarship and that with this achievement she can continue achieving her bright future. 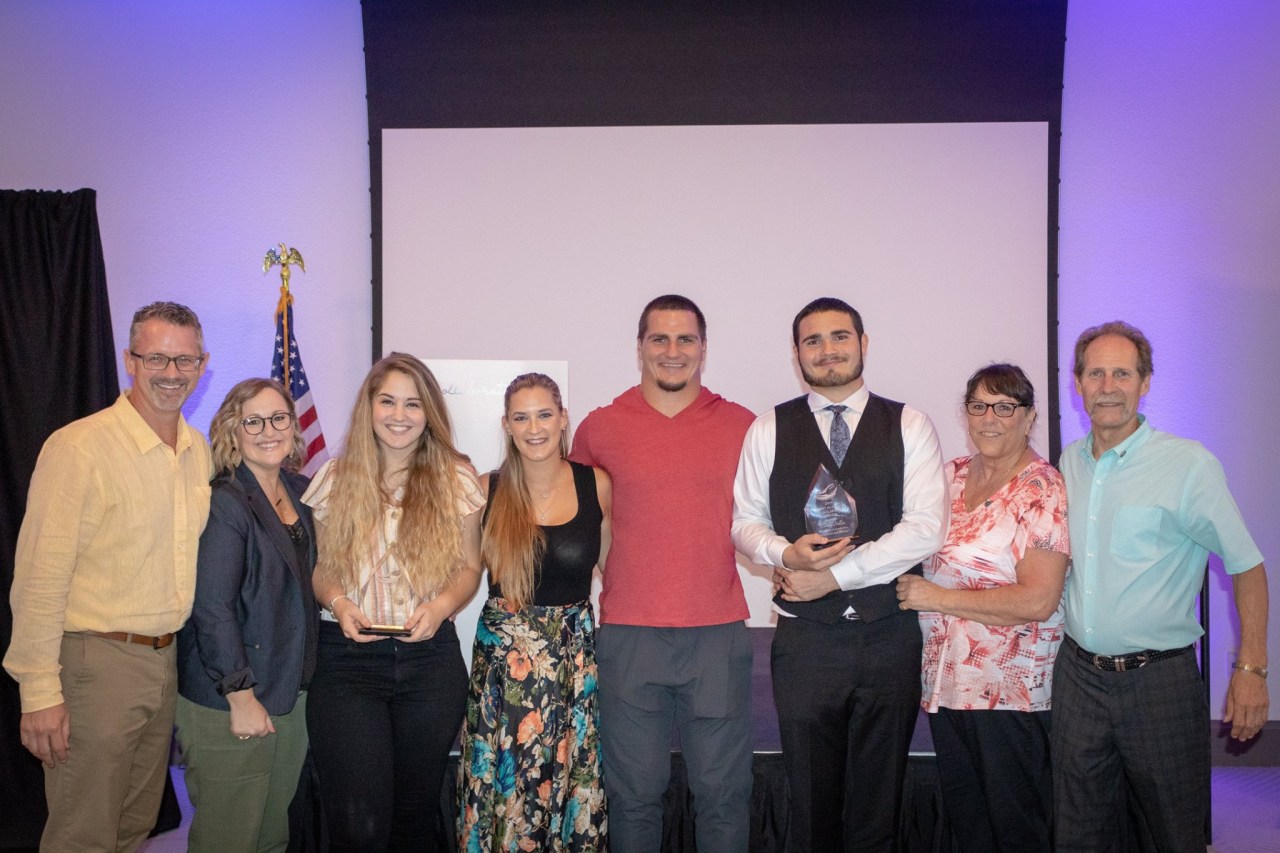